Pseudocode is a method of expressing an algorithm design.

Pseudocode is lines of instructions written in a language close to English but with common programming terms used where possible (selection and iteration etc).

People with limited programming knowledge should be able to follow pseudocode as it normally doesn’t resemble any one programming language.

There are no definitive rules for writing pseudocode but it should make sense and logically solve the problem/task.

Once a problem has been solved logically using pseudocode, it can then be coded into an actual programming language of choice.  One line of pseudocode may result in several lines of actual code. 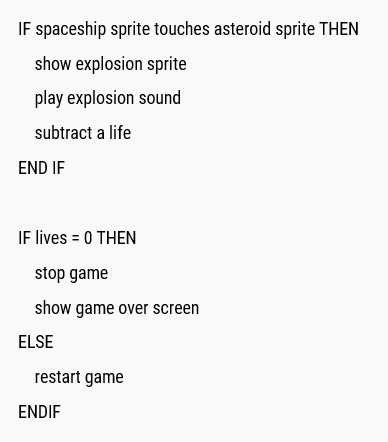