What is a storage device?

Storage devices are the computer hardware used to remember/store data.

There are many types of storage devices, each with their own benefits and drawbacks.

Below are explanations about different storage devices.

Jump to a section on this page:

Our Cloud Computing page explains all about the benefits and drawbacks of using the cloud for storage or services.

Our Data Storage Capacity page explains all about the various units of storage. 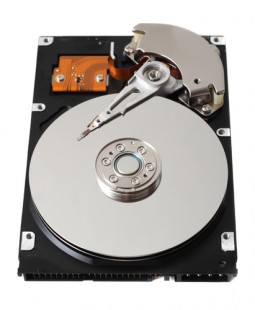 What is a hard disk drive?

An electromagnet in the read/write head charges the disk’s surface with either a positive or negative charge, this is how binary 1 or 0 is represented.

The read/write head is then capable of detecting the magnetic charges left on the disk’s surface, this is how data is read.

The disk surface is divided into concentric circles (tracks) and sectors (wedges).  Dividing the surface in this way provides physical addresses to remember where data is saved.

A circuit board carefully co-ordinates the rotating disk and swinging actuator arm to allow the read/write head to access any location very quickly.

They can be installed inside a computer or purchased in a portable (external) format. 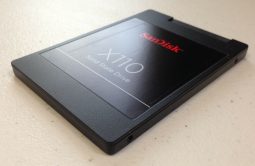 What is a solid state drive?

They use NAND flash memories (millions of transistors wired in a series on a circuit board), giving them the advantage of having no mechanical moving parts and therefore immediate access to the data.

This expense means that typical capacities are usually measured in Gigabytes (GB).

They can be installed inside a computer or purchased in a portable (external) format.

Until we reach a point were large capacity SSDs are affordable, a compromise is to run two disk drives inside a computer.  An SSD as the primary drive for your important programs and operating system, and a traditional HDD to store music, documents and pictures (which don’t need the faster access times).

The lack of moving parts in an SSD makes it very robust and reliable, ideal for a portable device. 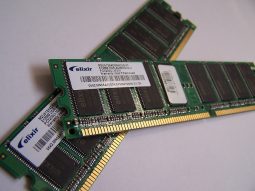 RAM is a computer’s primary memory.  It is a very fast solid state storage medium that is directly accessible by the CPU.

Any open programs or files on a computer are temporarily stored in RAM whilst being used.

Being volatile, any data stored in RAM will be lost when power is removed.  This makes RAM totally unsuitable for the long term permanent storage of data – that is the role of a HDD or SSD instead.

Data is copied from secondary storage (HDD, SSD) to RAM as and when it is needed.  This is because using a HDD as the primary memory would cause a computer to perform much slower (a HDD or SSD is not directly accessible to the CPU, and isn’t as fast as RAM).

RAM is a relatively expensive storage device and typical capacities are measured in Gigabytes (GB).

Computers operating with a capacity of RAM above the recommended minimum will benefit from better performance and multitasking.

There are two types of RAM (SRAM and DRAM), each with their own advantages and disadvantages.

Data on SRAM does not require refreshing.

However, the technology is bulkier meaning less memory per chip.

The most common type of RAM in use.

The data needs to be continually refreshed otherwise it fades away. 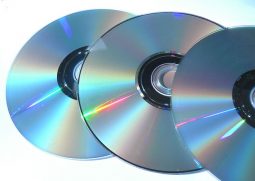 What are optical storage discs?

Binary data is stored as changes to the texture of the disc’s surface, sometimes thought of as microscopic pits and bumps.

These ‘bumps’ are located on a continuous spiral track, starting at the centre of the disc.

Whilst the disc is rotating at a constant speed, a laser is pointed at the spiral track of ‘bumps’.

The laser will reflect/bounce off the disc surface in different directions depending upon whether a 1 or 0 has been read.

In the pursuit of larger optical storage capacities, DVDs were created, followed by Blu-Ray.

Despite being the same physical size, a DVD can hold more data than a CD.

To achieve this, a more tightly packed spiral track is used to store the data on the disc.

To accurately access the smaller ‘bumps’, a finer red laser is used in a DVD drive than that found in a standard CD drive.

Blu-Ray technology squashes even more data into the same size disc as a CD or DVD.

The spiral data tracks on a Blu-Ray disc are so small a special blue (violet) laser has to be used to read the ‘bumps’.

Like a DVD, Blu-Ray discs are capable of storing data on multiple layers.

Read only – the data is permanently written to the disc at the point of manufacture.

Recordable – blank discs that can be burnt (written to) once.

Re-writable – blank discs that can be burnt (written to) over and over again (can be erased and reused many times). 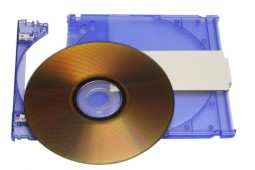 It differs from a traditional DVD in that data is stored in concentric tracks (like a HDD) which allows read and write operations to be carried out at the same time.

This means, for example, that when used in a personal video recorder you can record one television programme whilst watching a recording of another.  This allows handy features such as ‘time slip’ to be possible.

When used within a CCTV system you could review footage whilst still recording your cameras. 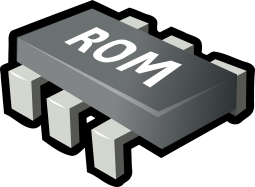 ROM is a non-volatile memory chip whose contents cannot be altered.

It is often used to store the start up routines in a computer (e.g. the BIOS). 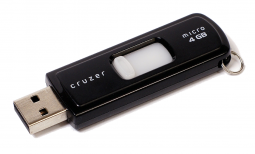 What is USB Flash Memory?

USB refers to the USB connection that allows users to plug the device into the USB port of a computer.

Other types of flash storage include the memory cards used in digital cameras.

Flash memory comes in a variety of capacities to suit most budgets and requirements.

Our Cloud Computing page explains all about the benefits and drawbacks of using the cloud for storage or services.